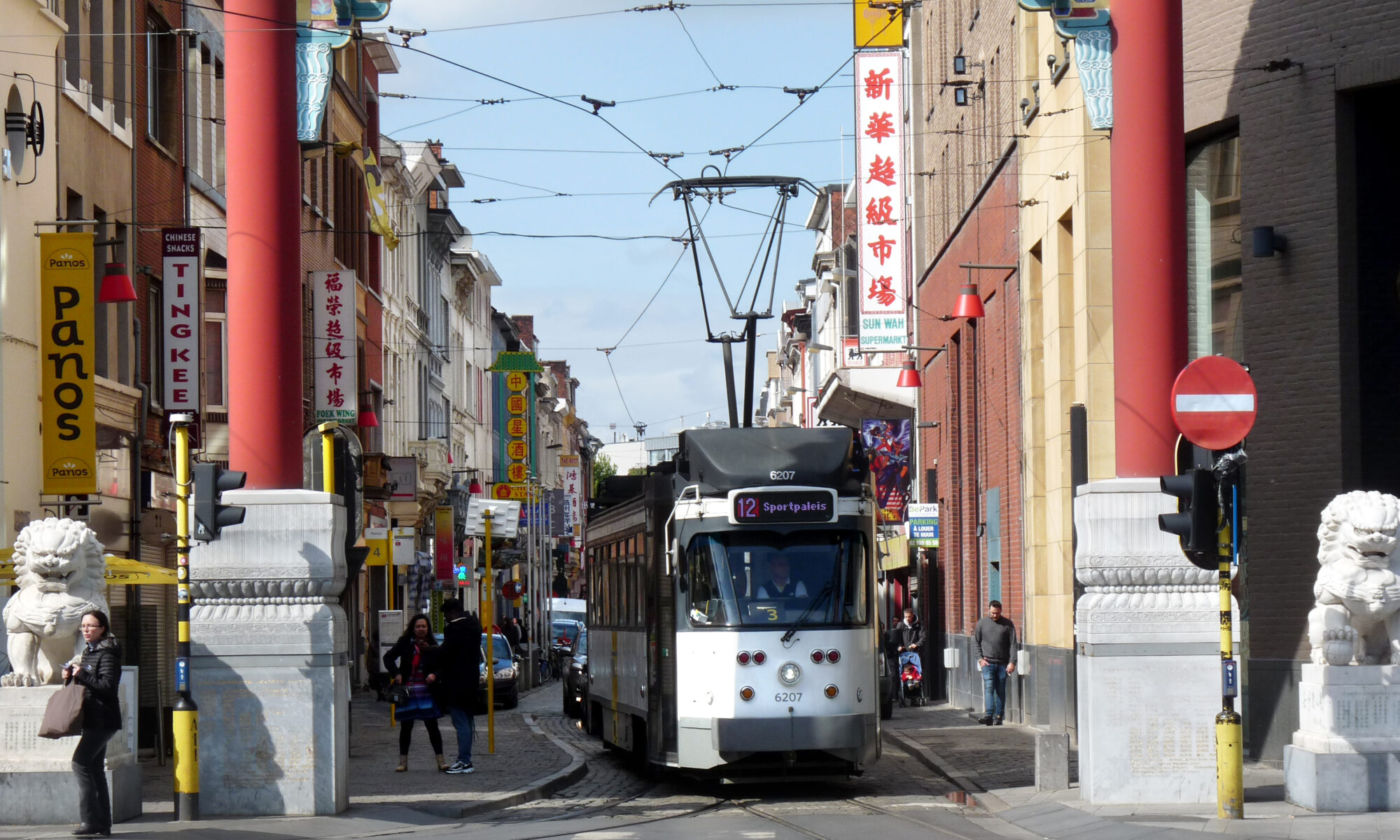 The ornate gate at the top of the street immediately gives it away. Or else, the restaurant and shop signs would: the Van Wesenbekestraat is unmistakenably the heart of Antwerp’s Chinese community. Rui Guo examined in both Antwerp and Brussels these displayed texts that make up the linguistic landscape. Her PhD research casts light on the Chinese diaspora in Belgium.

Dutch and French are not the only languages

Belgium is a linguistically and culturally diverse nation. It is home to many international institutions and different immigrant groups from various places across the globe. “Many studies focusing on the interaction of different languages in Belgium, especially in the context of Brussels, are very often limited to a strong focus on the dichotomy between Dutch and French as the two officially recognised majority languages,” says Rui Guo (VUB & UAntwerpen). “Studies investigating in depth the – especially smaller – immigrant languages are comparatively rarer. Even larger-scale overview studies of language proficiency and use in various social domains, such as Rudi Janssens’ Taalbarometer surveys, struggle with an underrepresentation of smaller linguistic communities.” For her doctoral research, Rui Guo examined the language use of one of these smaller immigrant groups by looking at Chinese minority groups in multilingual Antwerp and Brussels.

The use of Chinese in the streets of Antwerp and Brussels

Guo: “Chinese shops and other small businesses in the many Chinatown ethnic neighbourhoods throughout Europe use written texts and visual resources in their advertisements, signs, and naming practices. They attract a wide range of customers, including locals and tourists alike, and both from a Western or non-Western background. Walking around the streets of Chinese neighbourhoods in Europe, you will notice that the displayed signs also have different compositions. You can even find this variety in the different neighbourhoods within the same city.”

“A historical and comparative study of the public display of textual and visual communication on signs in three Chinese neighbourhoods in Belgium is important to understand the identity construction of Chinese immigrants. This research also shows how they carry out their commercial businesses in Belgium, which is a totally different context than their regions of origin. One of the questions that my PhD addressed was why ethnic Chinese neighbourhoods have very different outlooks in various cities in Belgium,” says Guo. This diversification is illustrated in the photographs above: in Antwerp and in Brussels’ Quartier Dansaert and Midi area.

Do you want to know more about this research? Please follow her doctoral defence on 12 April online.