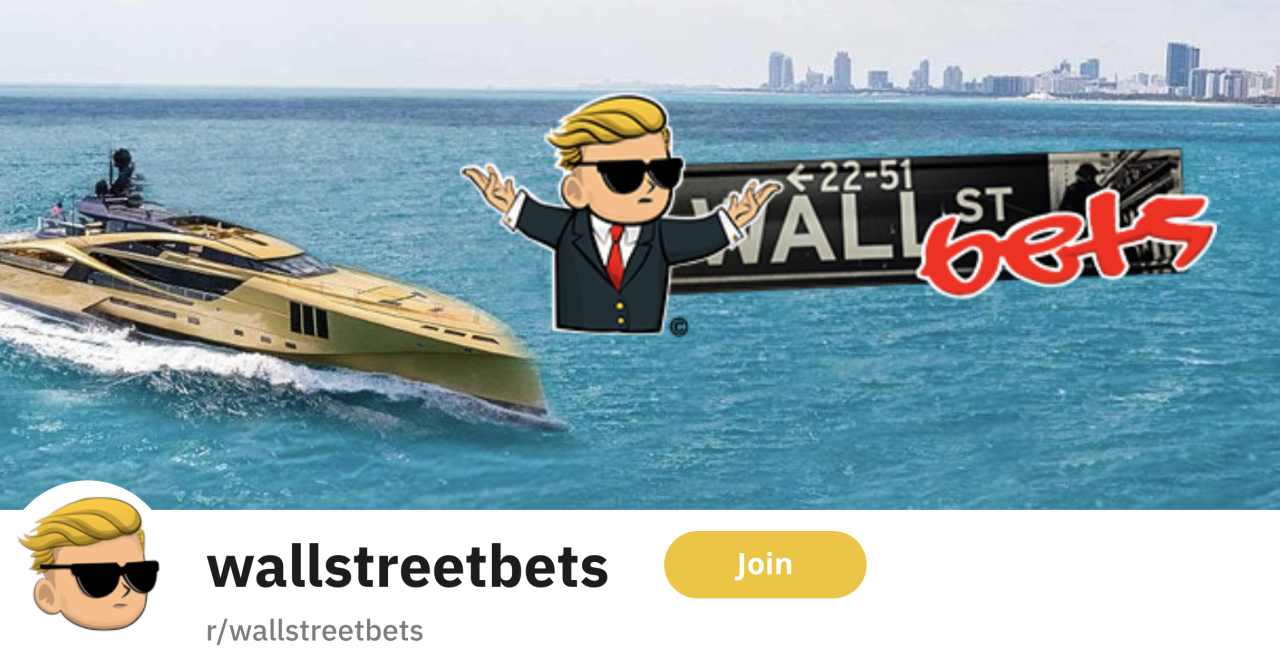 Recently, the reddit page r/WallStreetBets has been all over the news. Its members speculated some stocks, including that of Gamestop, to stratospheric heights. What started as an absurd investment strategy turned, according to some, into a full-blown class war.

Anthony Scaramucci, a well-known hedge fund manager, even referred to the situation as the French Revolution of finance. Furthermore, a unique alliance emerged on Twitter when both Democratic congresswoman Alexandria Ocasio-Cortez and die-hard Republican Ted Cruz supported these investors. It sounds like something out of a storybook: the big funds versus the little guys. Wall Street versus r/WallStreetBets. But what is r/WallStreetBets and who is active on it?

r/WallStreetBets is a page on the popular social media platform Reddit. Members have been discussing stock market strategies there since 2012. Well, stock market strategies. On r/WallStreetBets, all classic investment advice is deliberately and laughingly turned upside down. Where your average Joe knows it’s best to build a well-diversified portfolio and keep it for the long run, the members of r/WallStreetBets invest huge amounts of money in extremely risky products to make big short term profits. YOLO.

It may seem that these retards have no idea what they are doing, but that’s not the case. Most are familiar with more complex financial products like options and can explain you the difference between a short squeeze and a gamma squeeze. They know that their positions are extremely risky and often stupid, but that’s the point.

One member summed it up nicely: “We are retarded, not dumb, there’s a difference.”

Gamestop to the moon

It is this nihilistic but unpretentious little club that in recent weeks speculated the stock of game store Gamestop up from $17 early this year to nearly $500 on January 28. Initially, there were some arguments as to why Gamestop would be undervalued, but of course any connection to reality has long been lost. The retards are fully aware of this too, but speculating on Gamestop has become a practical joke, to which a touch of class warfare has been added lately.

Due to the huge price increase, many members made enormous profits, to the detriment of large funds that speculated on a price drop. Keith Gill, a legendary member of r/WallStreetBets who operates under the name u/DeepFuckingValue invested some $53 000 in very risky options on Gamestop in 2019. At one point last week, that portfolio was worth nearly $50 million.

“So it does seem like a tale of David versus Goliath, but it’s debatable if it’s truly a class war, given that the members of r/WallStreetBets have no problem betting several tens of thousands of dollars on stocks and options.”

That r/WallStreetBets is going viral today is no coincidence. With the lockdowns and lack of other activities, many people have found their way to the stock market. Some of them hastily gamble away several years of savings on the shares of loss-making companies. In a few exceptional cases, this yields fantastic results but once the hype has died down, the vast majority will, as always, be left with a heavy hangover.