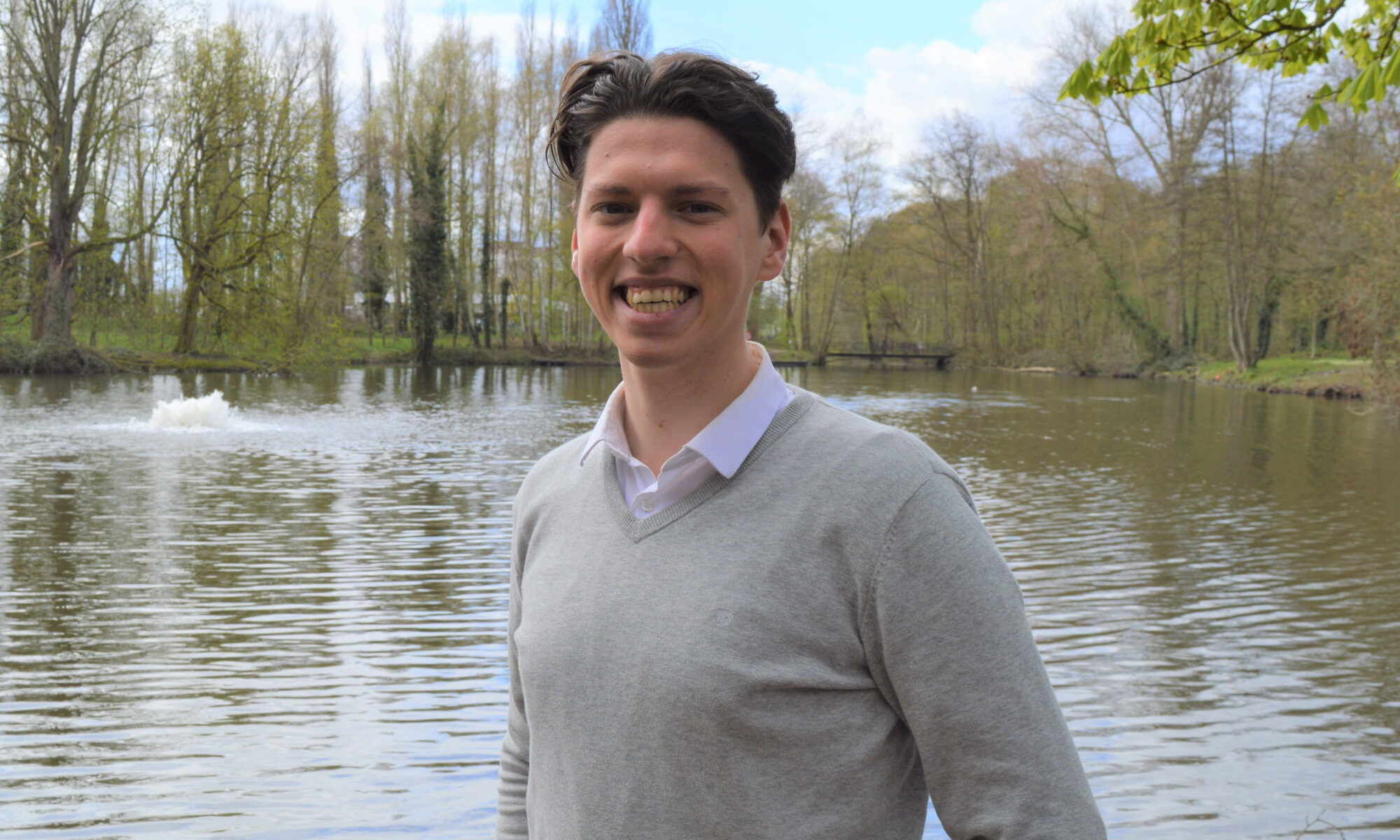 The MUN society was co-founded in 2006 by two UAntwerp alumni, Sebastiaan De Boe and Veerle Rotsaert. Now, some 15 years later, our University is represented by Philippe, who studied Business Engineering: Management Information Systems.

“During my first and second Bachelor’s year, I was a rather boring student. I went to class and studied when I needed to. However, during my third year, I started to realize being a student had so much more to offer.”

“In my third year, I joined student association IMBIT and started working as a student Business Analyst at MSC and Atlas Copco. Via Blackboard, I attended not one but two summer schools, and I also discovered the MUN Society Belgium (MSB). This society brings together students from all over Belgium and from different fields of study. That is why I often say a lot of my good stories started on Blackboard.

MSB participates in Model United Nations (MUN) conferences throughout the world. During these conferences, every member represents a certain country (Ghana, Canada, Vietnam…) in a UN committee (UNESCO, UN Security Council…) and debates around a topic with students from all over the world. Each year, MSB participates in three conferences: Oxford International MUN, London International MUN and Harvard WorldMUN. In it’s 15 years of existence, the MUN society has won the Harvard WorldMUN 7 times already.

“During this championship, you win as a team. This year, the event was held online for the first time ever. Our team won the award for best large delegation, obtaining 5 out of 14 potential individual awards. As a member, you can also take part in workshops that are related to public speaking, debating and leadership.”

Besides these conferences, I have been taking part in several initiatives through MSB. For a couple of years now, MSB has been organising the London Banking Circuit for students who are interested in finance and eager to explore opportunities in London. Last year, 15 out of the 20 participants received an offer from institutions such as the Bank of America and Morgan Stanley. So that has been an incredibly interesting experience.

I also started giving debate workshops to children with challenging socio-economic backgrounds. The Debateville programme is something that I care about a lot. And besides all that, I recently also started a small business called HIPO Company, which aims to coach graduates and help them integrate in the right companies.

To summarize, it sometimes feels like I’m always working towards the next big thing, but I know that mindset will help me grow. It doesn’t really matter where I end up, or whether I’ll be a diplomat or an entrepreneur. As long as l can keep working on my personal development and building sustainable skills.

“So if I can give one tip to current students as a recent graduate: say yes to everything, apply for everything and create your own path. Be like third-year Philippe instead of first-year Philippe.”

If you are an ambitious, dedicated student and interested in applying for MUN society Belgium, you can do so in October 2021.