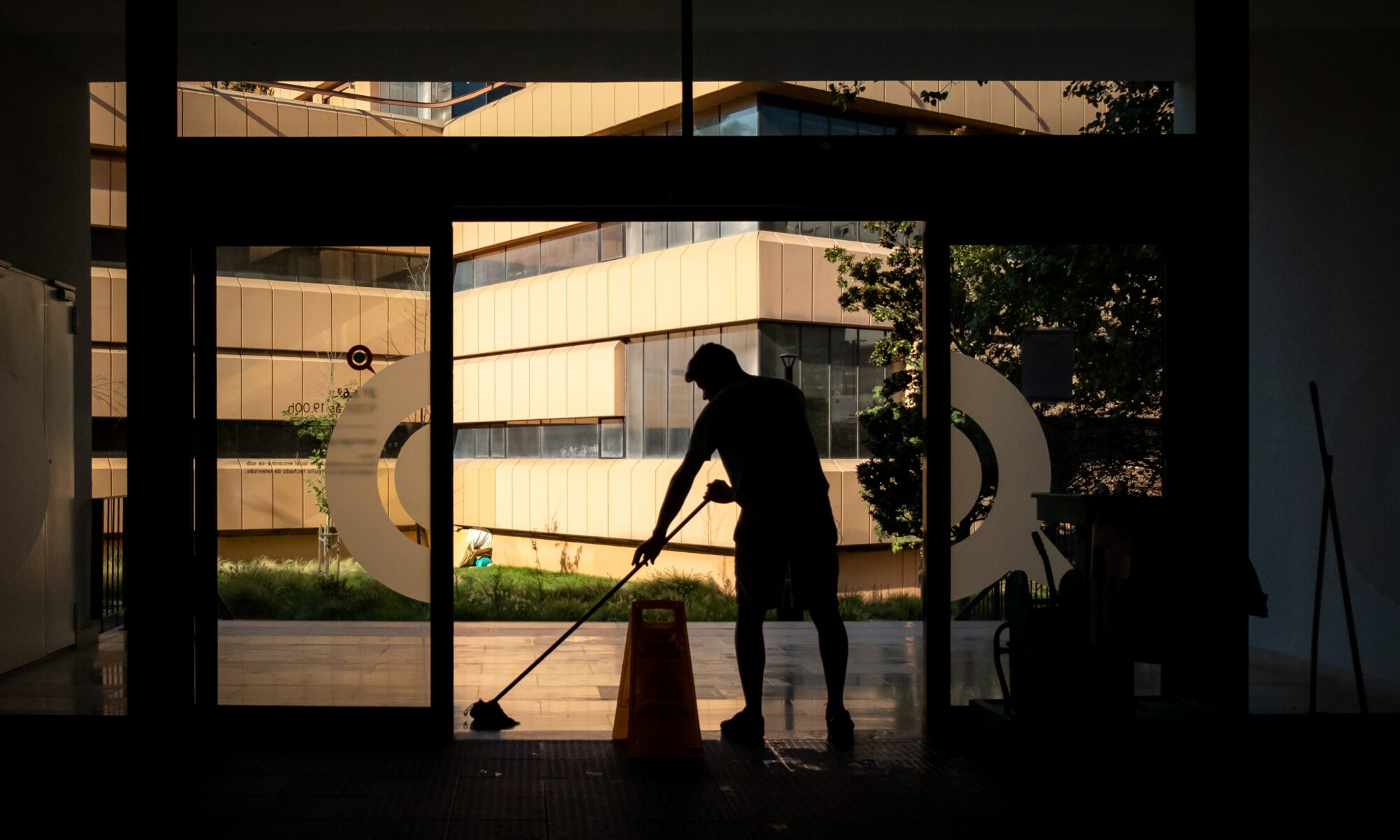 In international law, forced labour is defined as “all work or service which is exacted from any person under the menace of any penalty and for which the said person has not offered himself voluntarily” (ILO). A critical reading of this definition as done by Le Baron et al (2018: 10) reveals that this cancels out “the key form of coercion found in market society, namely economic necessity”. People are forced to accept low-paid, precarious work that does not fit their qualifications, because they have no choice but to do so. They lack alternatives and do not have the power to say no.1

Absence of choice and coercion

Migrants who are highly skilled and qualified are forced to accept low-paid jobs, because of discrimination on the labour market. We heard several testimonies about labour recruitment agencies discriminating on the basis of a name or appearance. One Kenyan woman testified: “Of course the salary is low for the work that we do is too much. I know not many people would want to do that job because it’s hectic and it’s tough. It’s is a lot of work and little pay for that. Something that most people here won’t touch. That’s why people like us do it. That’s why some jobs like this, you don’t need qualification. They just take you because they know they don’t have to qualify to do a cleaning job. Everybody can clean. It is hard work with little pay. But yeah, if you want a job and you want to survive, you have to do with them.”

Some of our respondents did experience forced labour as meant in the ILO definition. They received literal threats from their employers. This was the case for Andrea, a single mother of two from Peru. She told us: “I told her if she is not happy with my job then she should look for someone else. I’m leaving. And then the woman said, ‘No, you are not leaving. If you leave, I will call the police and tell them you are illegal.’” A woman from Ecuador was misled by a human trafficking network in Spain. They took her documents and money as soon as she arrived. She was held in a house together with other migrants, where she had to work to sort, wash and iron used clothes.

Many interviewees talked about unfulfilled promises. Employers would for instance promise bonuses and fixed contracts, which never came. An interviewee from Burkina Faso worked for one employer for three years, and never got paid. His friends advised him not to report this to the police, since the employer could make his life difficult if he did. One respondent from Morocco concluded that in his position, he had no choice but to “accept certain things”. In other cases, the boss promised to arrange for work and residence permits. This was the case for Anna, a female architect who left her home country in search for better professional opportunities. Upon arrival in Belgium she agreed to live for one year in her boss’ kitchen in exchange for low paid work. The boss offered to do the paperwork for her legalization, but he never did. In the meantime, she did not get the opportunity to learn the language as her boss said she didn’t need it. The vulnerability and exclusion she felt in that period led her into a depression.

Many migrant workers are extremely vulnerable since they are completely dependent upon their employer. In some cases, there is a dependency on other persons. This was the case of an Indonesian woman who came to Belgium to marry a Belgian man. The marriage allowed her to obtain a residence permit and find a job in Belgium. But there was a high price to pay. For years she was a victim of domestic violence, until she decided to get divorced. This also made her lose her permit, after which she had to start a burdensome procedure of getting new documents.

This story teaches us that it is extremely difficult to just ‘walk away’ from such a situation. This Indonesian woman managed to get out of an extremely violent situation, eventually, but there were so many hurdles to take, and so few alternatives. One student reflected on this referring to the case of a Filipino woman who left her country to work as a housemaid in Greece, where she was treated very badly. She worked from 6AM to 11PM, having only one day off per month, and earning only 600 euros, which was lower than the amount that was specified in the contract. After four years she asked to take a vacation in her home country, to which she was entitled according to her contract. But the employer threatened her that she would never have to come back if she took a vacation.

Why didn’t she just leave? Her story demonstrates that she really tried to make a life for herself and her family in the Philippines. But when she could not sustain the family needs anymore, she jumped on the opportunity presented by a relative working in Greece as a housemaid. She came from a low-income family. After finishing high school in the province, she worked in a city department store for three years to save for college. Unfortunately, midway through her studies, she had to drop out again. She had several low-wage jobs, from an airport time-keeper supervisor to a municipal employee. By 2009, she had eight children, one of which was diagnosed with chronic kidney disease. She worked as a treasurer at their local government unit in her small town in the province, earning less than a hundred euros a month. Her husband worked as a contractual driver, and their combined income wasn’t sufficient.

Who is to blame for such a situation? It would be easy to blame the employer, who is definitely responsible for the labour exploitation and for not respecting the terms of the contract. But without that employer, her family would be in a worse situation still. We need to conclude that the forces underlying forced labour are structural. We have made a society wherein exploitation is not only possible, but is the best choice for millions of people.

When asked about her dream job, this same woman had no idea what to answer, she had never even dared to ask herself that question. Finally, when asked whether she envisions going back home, she immediately rejected that possibility. She feels this huge responsibility to provide for her family back home, where her husband still has irregular work, a son lost his job due to the Covid-19 crisis, and her mother and sister depend on the remittances she sends.