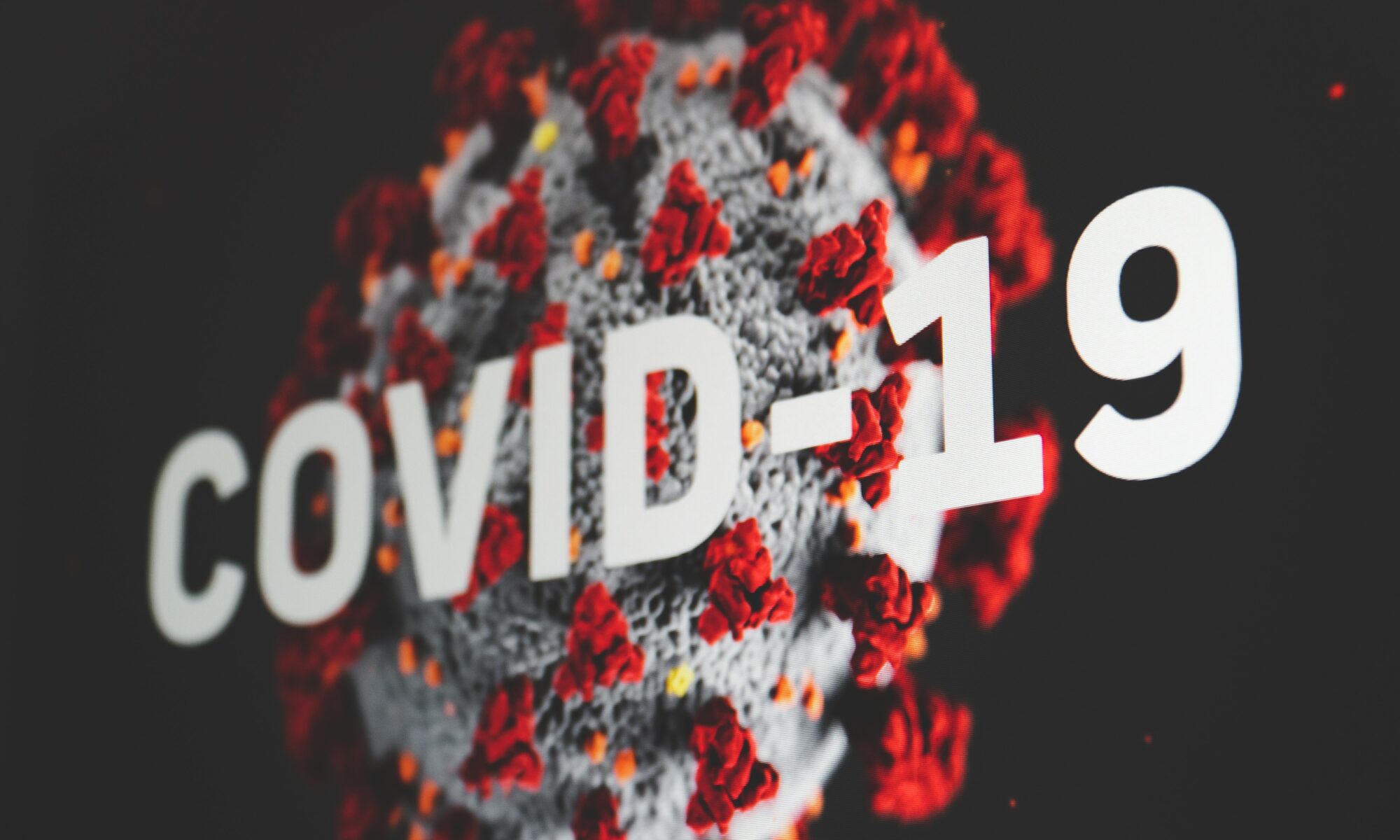 Which measures have been taken around the world to contain the spread of CoViD-19? What is the level of popular support for these measures in different countries? How are they enforced? How did different countries make the decisions on which measures to take? We asked our 1158 IOB alumni and our 77 current IOB students. Collectively we researched these topics. Additionally, we asked them about the economic, socio-political and gendered impact of the pandemic and the containment measures.

On average, contributors are 38 years old and 45%  are women. Many of them work in international organizations or NGOs (38%), in academia (23%) and for the government (22%). A smaller proportion is self-employed or works in the private sector (14%); 11% are still students.

We conducted an online survey, asking about 17 possible measures to contain CoViD-19. Figure 2 shows the share of countries in our sample that adopted a specific measure, how strictly that measure was adhered to on average, and the level of popular support for each measure, all as perceived by the respondents.

On average, countries have taken 14.3 measures. The promotion of washing hands (97%) and of social distancing (95%) are the most frequently employed measures. They are followed by the closing of universities, schools, and international borders (94-95%), the suspension of religious gatherings (94%), the closing of hotels, restaurants and bars (92%), and mask wearing requirements (90%). The vast majority of countries also restricted movements between regions (84%), and ordered the closing of non-food shops (79%). A smaller share of countries, but still more than half, closed informal food markets (70%), imposed a curfew (65%) and suspended public transport (59%).

High dependency on informal employment and high rates of poverty explain the lack of widespread popular support for some measures, according to our key informants. Additionally, a poor understanding of the disease combined with ambiguous political communication about the pandemic contribute to a lack of support. Here are some telling quotes:

We cross-correlated stakeholder consultation and the way of enforcement with the five Governance Indicators (Voice and Accountability, Political Stability and Absence of Violence/Terrorism, Government Effectiveness, Regulatory Quality, Rule of Law and Control of Corruption). We find very clear patterns, indicating a strong link between ‘a lot of consultation’ and ‘good governance’ and between ‘unacceptable (violent) enforcement’ and ‘bad governance’ (Figure 4, Panel A & B).  For instance, countries with ‘a lot of consultation’ have a percentile rank of 52 on ‘Voice and Accountability’, on average, versus a rank of 39 for countries without any consultation. Even more strikingly, countries with ‘unacceptable and violent enforcement’ rank only in the 7th percentile, on average, for the indicator ‘Political Stability and Absence of Violence/Terrorism’ versus a percentile rank of 45 for countries with no enforcement.

Socio-economic impacts of the crisis

Containment measures  greatly affected the food supply chain. Survey respondents in most countries (79%) reported an increase in food prices, with the increase ranging between 5% and 10% in about half of the countries, and between 10% and 40% in a quarter of countries. In three countries food prices reportedly doubled (South Sudan, Zimbabwe and Cambodia).

IOB Alumna Rhoda Natukunda (Uganda) describes the economic consequences in her country.“Businesses have had to lay off employees both permanently and temporarily, there’s limited access to agricultural inputs and constraints to accessing markets by farmers”.  In the Philippines, “millions lost their jobs. The daily wage earners were most vulnerable. Farmers could not transport their produce. Income levels went down.” (Respondent prefers to remain anonymous). Similarly, “most of the workers in the informal sector (hawkers) experienced a reduction in income as most people choose to stay home. The cost of living has increased as prices of basic necessities and public transport kept increasing” in Cameroon (Respondent prefers to remain anonymous). Maria Jose Perez also reported that “a lot of people start hanging white flags to ask for food supplies because they can’t work to buy food” in Guatemala.

Beyond the economy, the corona crisis is perceived to have broader societal effects.

For example, in 61% of countries, respondents feel that solidarity and social cohesion among the population has increased. A concrete example is the “Proud Withstanding fund initiative whereby wealthy people donate to provide assistance to the poor”, as reported by Naser Qadous (Palestinian Territories). In a minority of countries (7%) cohesion is reported to have decreased. According to Rumbidzai Mpahlo (Zimbabwe), “People in poorer communities have noted that the conditions of the lockdown tend to benefit the rich and not them. While the home can be a space of refuge against this pandemic, it is not necessarily so in communities which are overcrowded, under-protected, under-serviced, marginalized and poor.” According to a respondent from the United States (who prefers to remain anonymous) the pandemic has“increased the death rate for Latino and Afro American populations due to structural inequalities, including difficulties to access social services”. Besides making existing inequalities between groups more visible, the pandemic also led to the emergence of new cleavages. John Folly Akwetey (Ghana) reports that “there were issues about stigmatization of mostly returned migrants, since people tag them as the carrier of the virus”.

Regarding the impacts of the crisis on education, Abu Said Juel Miah (Bangladesh) says “Distant classes aired through television or online classes have not yet been able to attract the students. The lower participation in distant learning is evident among the students from ethnic minorities, madrasas, children with disabilities, and those living in rural areas”.

Our respondents also foresee both political (in 9 countries out of 10) and gendered (in 8 countries out of 10) impacts of the Covid-19 crisis. Among the political consequences of the crisis are postponement of planned elections because of the lockdown and loss (or win) of political support depending on the crisis management by the government. For instance, alumnus John Folly Akwetey (Ghana) says: “Politically, we are in an election year in Ghana. If the situation with Covid-19 crisis persists, our country could face huge political crisis due to the fact that our constitution never made room for situation like this”. And Yohannes Abraha from Ethiopia reports: “the ruling party declared that the general election supposed to take place in September 2020 is postponed indefinitely till the end of the pandemic. Tigray region on its part rejected the decision to postpone election indefinitely and vow to hold election at regional level. In response to Tigray region’s announcement, the Ethiopian Prime Minister, Abiy Ahmed, threatened the region that the government should take measures, including military, should the region stick to its plan.” More generally, and as observed by Human Rights Watch, the coronavirus crisis may provide authoritarian-minded leaders with a convenient pretext to silence critics and consolidate power.

On the other hand, the pandemic has also provided citizens with a policy experiment to evaluate its leaders. In some countries this turned out in favour of the incumbents. Respondents from Vietnam and Uganda report that the government enjoys stronger support of the population. They have gained more trust from the people for effectively fighting the virus. In contrast, in both Ecuador and Nicaragua it is reported that ruling parties have lost trust and legitimacy, are widely criticized and may face severe consequence during the upcoming elections. In the same vein, “the outlook of reelection of President Trump has turned negative due to shortcomings in his administration’s response to the crisis and presidential communications”, says an anonymous alumnus reporting on the USA.

Other (potential) consequences of the crisis are the rise of nationalist discourses (Santiago Silva, Colombia) and of extreme/populist parties (2 anonymous, Belgium), an increase in xenophobic violence (Anonymous, reporting on South Africa); but also the emergence of new political figures (Zalwango Evelyn, Uganda),  a shift from ethnic-based politics towards class based politics (Peter Kirui, Kenya) and an increased digitalization of political and mobilization activities (Kondwani Farai Chikadza, Malawi).

In a series of blogs based on this research project, we will dive deeper into issues such as gender, migration and M&E.

[1] For a complete description of coping measures taken by countries, refer to https://www.ugogentilini.net/wp-content/uploads/2020/05/Country-SP-COVID-responses_May22.pdf

The survey was created by Marijke Verpoorten, Sara Dewachter and Dimitri Renmans.