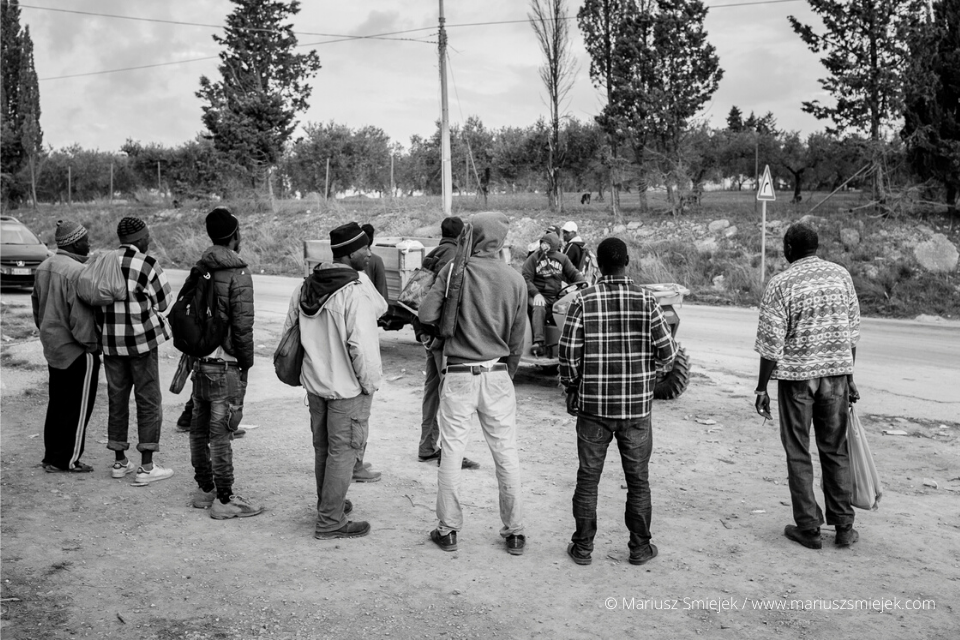 In Italy, hundreds of thousands of irregular migrants are on strike amid insufficient Covid-19 regularization

Today, thousands of migrant workers in Italy are crossing their arms and refusing to pick fruits and vegetables. From North to South, they are protesting, seemingly paradoxically, against the process of ‘regularization’ of irregular agricultural and care workers. The process was triggered just a few days ago as part of a post-Covid-19 relaunch measure contained in the ‘Decreto Rilancia Italia’ (Decree Relaunch Italy).

Why are migrant workers, who should be the beneficiary of the ‘regularization’ – which some have improperly described as an amnesty – opposing it? What are the reasons behind such a bold act of civil disobedience? An act which in the context of precarious and irregular working conditions will not only lead to the loss of a day of salary, but may also have more severe repercussions? Of the many explanations, three are the most convincing.

Firstly, the decree is coming too late. Being structured as an emergency measure to address the outbreak of Covid-19, the regularization is exceptionalizing the norm. It pre-empts the possibility of future regularization in the absence of extraordinary circumstances.

As a matter of fact, Covid-19 has not created new conditions. Rather, it has intensified the marginalization, segregation, violence, invisibility, risk and precariousness in which hundreds of thousands of migrant farm workers – over four hundred thousand according to the 2018 report by the Osservatorio Placido Rizzotto – lived and worked long before Wuhan’s wet markets were known to the world.

What Covid-19 has proved is the close link between the risk of contagion and the social, legal, economic and health conditions in which people live. Moreover, it demonstrates the simultaneity of the essential and sacrificial role that migrant farm workers play in the Italian food system. As in most countries around the world, agricultural workers were defined as ‘essential’ and fed a country in lockdown.

At the same time, the Italian government advised social distancing, the adoption of careful practices of personal hygiene, to avoid crowded places and to stay at home if symptoms arise. However, the daily life of these workers is made of improvised shanty towns (that they call ghettos), overcrowded lorries to commute to work, lack of running water and sanitary facilities, the need to work to sustain families in the countries of origin and – in most cases – the lack of documents and the fear of being repatriated if they were to walk into a hospital (which are often too far to be reached).

Covid-19 did not put thousands of people in the ghettos, but it has proved that the Italian population is legally organized in multiple tiers.

Secondly, the scope of the decree is too narrow. The virus has pulled the veil on the incompatibility between the social, legal and economic conditions of the Wretched of the Earth (to cite Franz Fanon) and human dignity. Two months earlier, the UN Special Rapporteur on the Right to Food, Hilal Elver, had unveiled their incompatibility with human rights.

However, neither dignity nor rights were enough to obtain a true and effective ‘regularization’ and the necessary improvement in living and working conditions. The pandemic and the United Nations may have cast new light on the embarrassing roots of the Italian culinary ‘Made in Italy’, but it was not enough to overcome the fear of the other and the idea of migrants as disposable lives. Ideas that characterize some segments of the majority coalition.

The decree contains two tracks for regularization of agricultural, domestic and care workers. In one case, the obtainment of the visa is subordinated to the formalization of an existing working relationship or on the conclusion of a working contract contextual to the deposit of the demand for the permit. The length of the working visa depends on the contract and cannot be longer than two years, although it is renewable with the contract. The demand is submitted by the employer and costs 400 Euro (the equivalent of 20 working days for many farmworkers today). Meanwhile, according to Observatory Placido Rizzotto, more than 50 per cent of agricultural workers work for less than 50 days a year.

In the other case, migrants who lost their right to stay in Italy after October 31, 2019, can obtain a six-months permit to look for a job in one of the above-mentioned sectors. If successful, they can convert the visa into a renewable working visa for a maximum of two years. In this case, the migrants file the request themselves and must pay 160 Euro. To be sure, the decree does offer a temporary relief and requires that all contracts guarantee the minimum agricultural salary (between €6,71 and €7,79 hour). However, this is not enough to truly transform the condition of farmworkers.

By making the issuance of the permit and the long-term permanence in Italy dependent on the conclusion of a contract, the decree is not liberating migrants but subordinating them to the will and contractual power of employers. This clearly creates power imbalance, incentive dependence and gradually exploitation.  On the one hand, given the low prices for agricultural products, the uncertainty behind the recovery and the lack of thorough inspections, it is hard to imagine why agricultural employers may want to formalize irregular workers, pay the fees and correspond higher salaries. On the other hand, the decree may be an incentive for them to use their gate-keeper position to receive payments from workers in exchange for their regularization, make them work longer than declared and fraud the pension system.

… and for the wrong reasons

Finally, migrants are on strike because the decree came for the wrong reasons. The ‘regularization’ is not to rescue human beings from exploitation and abuses: it is to rescue and, most evidently, to recruit workers as engines in the mechanisms of productive and reproductive capitalism that have clogged due to Covid-19 and the temporary closure of borders.

When farmworkers protest and ask the state to save humans and not arms, they are creating solidarity bridges with the thousands of undocumented people who do not work in agriculture or care and therefore are excluded from the process, but – as revealed by the preliminary data collected through a survey that we are currently circulating among migrant communities throughout the country – are equally experiencing the violence of Covid-19 and of their invisibility. Migrant farmworkers are protesting for those sisters and brothers who are kept in detention centers before being repatriated, with those who are denied the opportunity to dock at Italian ports and those who are detained in Libya and never let cross the Mediterranean. They, the ‘wretched of the Earth’, are on strike because no human is illegal and because of the need to put humanity and solidarity before profit.

Migrant workers are exploited on the production level because they earn very little. Many are also denied basic labour rights such as insurance and pension and unemployment support, even under lockdown. Even the money transfer costs a fortune.

In the contested space of food and migration politics, the strike – which follows a series of actions that have been taking place in the last ten years – is a way to use bodies and inaction to send a strong, visible and tangible sign of presence, organization and solidarity. For hundreds of thousands of people, a true regularization that is independent on contracts and employers and has no time restrictions would mean, as a matter of fact, a radical change in their bargaining power with employers, freedom of movement, access to credit and services, and the disenfranchisement from the yoke of “Agromafia” and illegal gang-mastering (aka “caporalato”).

The identification of specific sectors, the dependency on a regular contract and the temporary nature of the visas subordinate human dignity and rights to the economic recovery of sectors negatively affected by Covid-19 (the closure of borders led to a reduced influx of EU migrant workers) thus proving that the priority was not to rescue people but the Gross Domestic Product (regularized workers do account for GDP, differently from irregular ones) and to guarantee the sweet tooth of Italian consumers for fresh fruits and vegetables.

However, the problems experienced by migrant farmworkers go beyond their status and have to do with the capture of the legal, economic and political imagination. They depend on a food chain where large-scale retailers generate millions in revenues, but most farmers receive less for their products than what it would cost to produce them in compliance with socio-environmental discipline. They are provoked by a political context that is riddled with xenophobia and a ‘war against the poorer’ in response to the significant deterioration of people’s living conditions.

More importantly still, migrants’ lives are made invisible and disposable by the convergence between politics and capital in shaping a vision of the Italian food system as a producer of global luxury food rather than a complex interaction of people, animals and nature that shall feed and regenerate both living and non-living beings. At a time when capitalism wants touch, hands and humans to disappear from the value chain, the strike is not just a call for human dignity. It is a call for cross-sectoral solidarity to build bottom-up and just visions of the future constructed around people, food and the planet.

Tomaso Ferrando is Research Professor at the Institute of Development Policy and the Faculty of Law of the University of Antwerp. Follow him on Twitter: @ferrandotom

Alagie Jinkang is PhD candidate at the Department of Law of the Universitá degli Studi di Palermo.