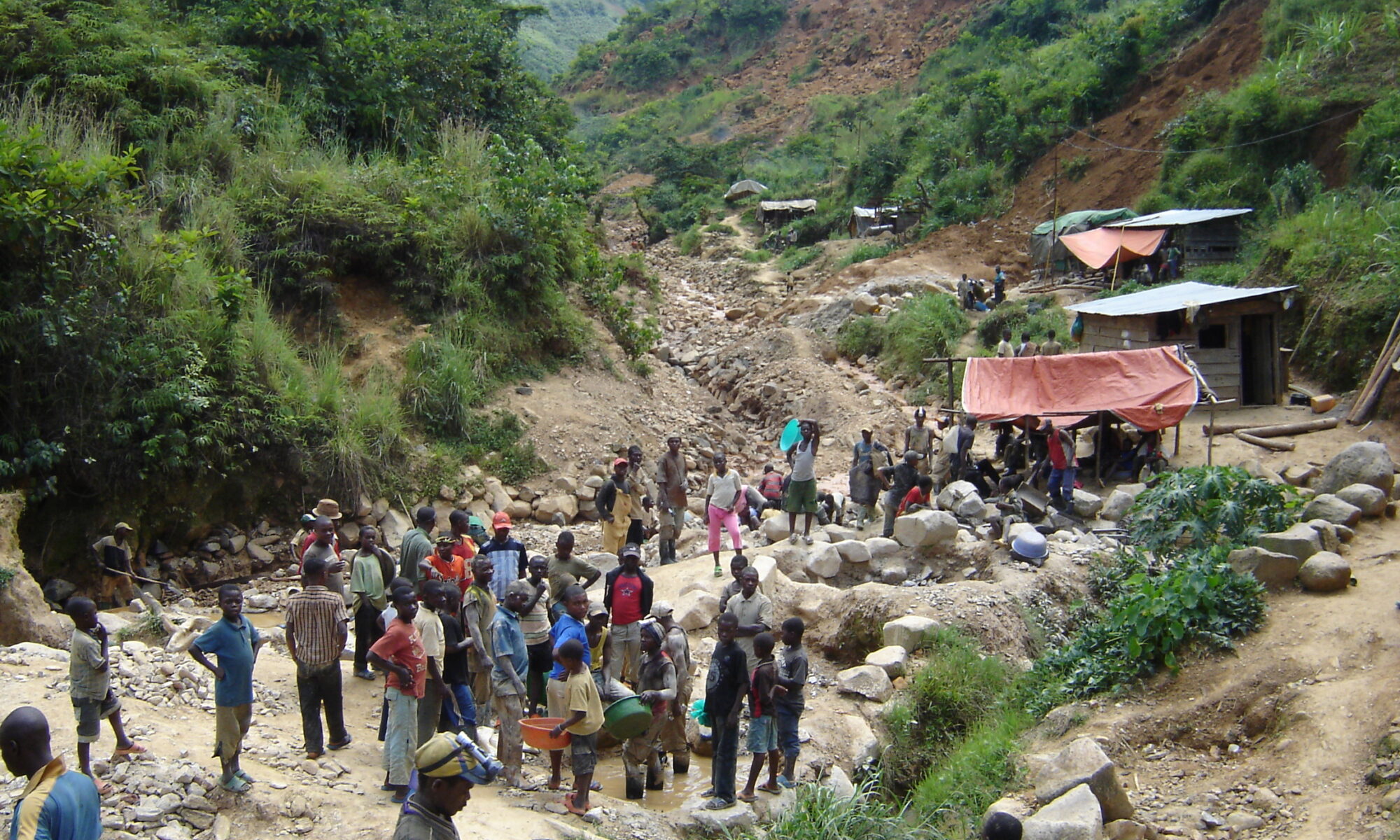 Artisanal and small-scale mining (ASM) provides incomes to an estimated 42 million of individuals around the world, yet systematic data on miners’ earnings are lacking. To remedy this, we developed a sampling and survey method. In a recent paper (ungated access here), we apply our method to calculate earnings in a sample of 453 artisanal miners in Kamituga, the largest gold mining town in DR Congo’s South Kivu province.

We find that artisanal miners earn on average between $25 and $200 per week, depending on their function. Ordinary pit workers or ‘pelleteurs’ earn least, while ‘pit managers’ – who run the highest financial risk – earn most. Pit workers with technical expertise such as shaft building (‘the experts’) earn about $50, or double the earnings of an ordinary pit worker. Those who help pit managers supervise the mining team (‘the right hands’) earn about $100 per week. Also within mining functions the earnings vary substantially however, depending on the production phase of the mining pit, seasonal conditions, technical or financial constraints, as well as sheer luck (see figure 1).

We asked miners whether they would be willing to quit artisanal mining for a job paying a fixed daily wage of $10. While most ordinary pit workers (67%) say they would be very likely to do so, that is only the case for about 45% of the experts and  right hands, and just 19% of pit managers. The answers change when raising or lowering the proposed ‘reservation wage’. For instance, virtually no one would be willing to quit ASM for an activity that earns $1 a day, but at a daily wage of $20, almost three out of four pit managers (71%) would quit ASM.

Compared to farmers, the most common alternative economic activity in rural Kivu, artisanal miners think they are better off. To facilitate the comparison, we presented miners with a ladder of life that visualizes nine standards of living, ranging from the poorest in Kamituga to the richest (see Figure 2). On this nine-step ladder, our respondents rank farmers at step 2.7. Asked about their own position,  pit managers see themselves at step 4.8, their right hands at 4.0, experts at 3.4, and pit workers at 2.9, which is just above where they situate farmers.

These findings clearly show that artisanal gold mining pays relatively well compared to farming, although the pay varies substantially with one’s function in the mining activity. So, how does one climb up the hierarchy? We compared miners operating in the same pit and assessed the impact of merit-based factors (such as experience and schooling) and identity-based factors (such as ethnicity or descent). The findings are presented in Figure 3.

First, miners need experience. With experience, miners develop skills and may acquire technical expertise helping them to become experts or pit managers’ right hands. We find that the probability of moving beyond the function of ordinary miner increases with 17 percentage points for each additional ten years of experience in the mining sector.

Finally, miners born in Kamituga are 13 percentage points more likely to move up the mining hierarchy. This ‘sons of soil’ effect is unrelated to ethnic background, but may be explained by extended family and friendship relations. A close relationship with a pit manager will help a miner to more quickly advance in his career. Besides, miners who are born in Kamituga have been exposed to mining since their childhood. This may positively influence their skills, but also their knowledge of prevailing norms that regulate work and life inside and outside the pits.

Why this is novel

Despite the wealth of academic ASM research that has emerged over the past decade, there is very little systematic quantitative data on earnings. Being largely informal and often illegal, artisanal mining is barely captured in national accounts, and organizing systematic surveys is challenging. The informality or illegality of their activity further makes miners reluctant to declare their earnings or inclined to under-report them. The high variability in earnings combined with the poor accessibility of several ASM sites present other major challenges for carrying out micro-level surveys.

An estimated 42 million of people are working in ASM, among which 30% women. Sub-Sahara Africa counts almost 12 million ASM workers, among which an estimated two million are based in DR Congo. Yet, because ASM’s contribution to the economic lives of people remains poorly quantified, the sector has remained largely invisible and marginalized by policymakers. Systematic and accurate data on ASM can help inform governments about the true development potential of ASM. It could further inform relocation, reorientation and compensation programs. The need for such programs has increased since the early 2000s due to increased investments of large-scale mining companies in areas occupied by artisanal miners; but they have lacked effectiveness. Besides stressing that artisanal mining is an important non-farm income source, our findings on the variation in earnings send a powerful message that miners should not be considered as a homogeneous category when designing interventions.

While this study provides unique systematic data on ASM earnings, several limitations remain. First, the survey targeted pit workers and not site workers, among which we find twangeurs (those crushing the rocks), transporters, loutriers (those operating the processing spaces) and mamans bizalu (women processing waste). Second, in order to better assess the value of earnings, we need more information on operation costs (for the pit managers), non-wage benefits (such as food and drinks), and the cost of living in the mines (which is generally higher compared to non-mining areas). Finally, our study is limited to a single mining site in South Kivu, and to one type of mining (underground gold mining). To improve data collection and acquire a richer understanding of ASM earnings, our survey instrument can be adopted in other contexts, for other types of minerals and mining (alluvial, open-pit, by dredging, etc.) or extended to include other ASM workers.

Extra: Hierarchy in the mining pit

There are eight types of pit workers in our sample, which can roughly be divided in four categories. The ‘pit manager’ is the one who starts the operation and manages the team. Pit managers generally make large investments during the preparatory period (buying fuel, timber, tools and food), often relying on pre-financing by gold traders or financiers. As soon as the pit enters the production phase, part of the production (usually one third) is used to recover these investments. Next in the hierarchical structure is the conducteur, who oversees the extraction process, and the capita, who supervises the team on a daily basis. They are the ‘right hands’ of the pit manager. Third, special expertise is provided by the boiseur, the foreur, the machiniste and the prospecteur. The boiseur is in charge of building timber constructions to stabilize the pit; the foreur extracts the rocks by drilling; the machiniste repairs and maintains the water and oxygen pumps; while the prospecteur finds and selects the richest gold veins to be exploited. We call them the ‘experts’. The remaining artisanal miners are the pelleteurs or ‘ordinary pit workers’; they are in charge of evacuating rocks and sand from the pit.

Marijke Verpoorten: Institute of Development Policy, University of Antwerp; Centre for Institutions and Economic Performance, University of Leuven; Expertise Center on Mining Governance (CEGEMI) at the Catholic University of Bukavu.